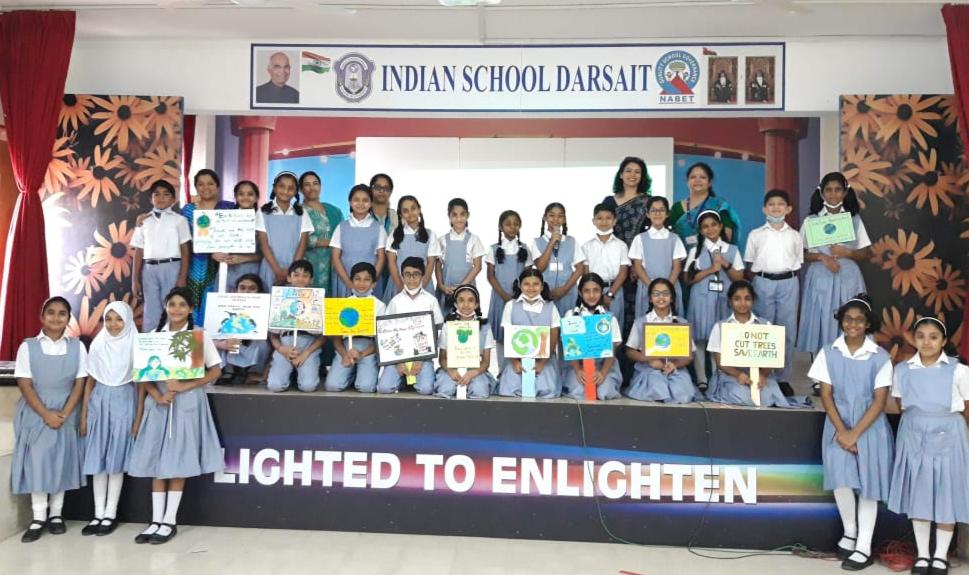 The Earth Day assembly was conducted by Class VA on 21st April 2022. The primary objective of this initiative was to raise awareness on environmental issues and the simple steps in our daily activities which could reduce the damage being done to Earth’s resources.

Three different approaches were used to convey the message of environmental protection to the audience, including a skit, a song performance and a list of informed tips.

The skit was presented as a personification of Earth, as a character. The students put on an informative show highlighting the causes of Earth’s pollution and the responsibility of human kind to reduce the impact their actions which were causing deterioration of the Earth’s resources and elements such as water, air and climate. The second was an engaging “Earth Song” performance rendered by a group of students. The soulful rendition of the song was well received and whole-heartedly appreciated by the audience. During the song performance numerous placards with catchy messages and colourful pictures was displayed by students. The final item was a presentation of innovative tips to save the Earth. This segment comprised of a PowerPoint presentation, with students presenting tips and facts which could be easily incorporated by everyone in everyday life activities. The anchors and presenters, selected from among the students, delivered their parts with aplomb to round of a memorable assembly.